A Response to "Young Aragorn" Criticism

‘Aragorn sped up the hill.”

This is the first sentence of the Two Towers. The third novel in the Lord of the Ring series is titled "The Return of the King", Even as far back as the hobbit, Tolkien mentions the King and his importance to the deeply detailed world he was building. Allow me to make the case for why "Young Aragorn" isn't just a good idea: its the perfect idea to create the next smash hit in high fantasy television.

'Game of Thrones' casts a long shadow over any attempt at bringing high fantasy to a broad audience. As wildly successful as the Lord of the Rings has been as two movie franchises, there are those that doubt their appeal as a television show. One of the great attractors of “A Song of Fire and Ice” is the chance it gives the reader to peer directly into the minds of the characters. Rather than titling the chapters with a theme or event, the divisions of ASOIAF bear the names of the characters who’s minds we peer inside. Few high fantasy stories have attempted to dive this deep into the pool, and HBO has been awarded with a smash-hit that has broken all manner of viewing records. The rich source material allowed the show runners to craft multiple storylines with such details that you can ask ten different fans their favorite character and you'll likely get ten different answers.

So how does a content creator find the next “Game of Thrones”?

They don’t. To begin with, Game of Thrones had several advantages: A deep book series preceding the television show (‘A Game of Thrones’ was published in 1996), and the emergence of the “on demand” content market. Game of Throne’s ratings climbed steadily (with falls and mid-season lags that one would expect), but they have fallen right in line with increasing numbers of viewers abandoning cable in favor of on-demand streaming services. Game of Thrones premiered on HBO in 2011, one year after Netflix expanded its streaming into Canada (The streaming service premiered on Netflix in 2007, while Hulu launched in 2008), and HBO's overall numbers have grown right alongside it (https://www.statista.com/statistics/329277/number-hbo-subscribers/). Game of Thrones took off in the midst of the perfect storm; a time when audiences were seeking new content, and a new means of delivering it to them was blooming. Further, pirating of the series has grown. The season 7 premier was pirated 90 million times in the first three days. NINETY. MILLION. It's true what they say, every rose has its thorns.

So let’s take a step back from those numbers and do a more interesting analysis. What keeps people coming back? What makes a show worth millions of illegal downloads? A Song of Ice an Fire is infamous for it’s willingness to kill characters. From the death of Ned Stark, a central character of A Game of Thrones, to the fabled Red Wedding in the third novel, A Storm of Swords, ASOIAF toys with our expectations of who is the central character. One could argue that there is none (Though Danaerys and Jon Snow are making hard pushes). How could a story from Lord of the Rings match such complex and meaningful narratives? Especially in the shadow of a widely successful movie franchise?

With the tales of Thorongil, the Eagle of the Star.

If you haven’t read all the way through Lord of the Rings (including the appendices), you could be forgivably lost. Allow me to explain.

Aragorn was always a central character of the lord of the rings, but never "the" central character. He, and the decendents of Númenor are mentioned in all of Tolkien's works (In 'The Hobbit', the Dwarves lament how in the wild lands "They've seldom heard of the King around here", likely referencing the old line of Arvedui dwelling at Fornost). Despite all this, there are long moments where we are following other characters, and we don't truly get a glimpse inside Aragorn's mind until the middle part of the series. It could be argued that LoTR set the stage for having an audience invest deeply in multiple divergent (and re-convergent) storylines. With the publication of some of Tolkien's older work, like Beren and Luthien and the soon-to-be-publish fall of Gondolin, there's clearly an audience for the lore of Middle Earth. But where to begin if you're looking for the next big action/fantasy TV show?

A deep dive into the history of Aragorn's life prior to joining the Fellowship delivers on all three points. The Lord of the Rings is far from a perfect series, but few will argue that it set the bar for epic fantasy. From following multiple storylines, to unexpected heroes, to the pursuit of universal themes through semi-historical fiction, Lord of the Rings has its finger prints all over the wildly successful Game of Thrones. There is a popular audience for high fantasy that has never existed before, and with GoT coming to an end soon, there will soon be a large hole in the Zeitgeist begging to be filled.

John Dilillo, a talented writer, would have you believe that there's no audience for a classic hero's journey, much less one about Aragorn, the second most prominent and important character in the Lord of the Rings trilogy. Perhaps audiences are equally tired of three act story structure? Now that the market has been oversaturated by GoT and the Avengers, perhaps writers and show-runners should abandon the idea of killing off central characters? Or maybe, like Bojack Horseman, Dilillo merely laments that "There's no new stories in Hollywoo". Any way you slice it, we don't know enough about what Amazon and the show-runners plan to claim this series will undercut Tolkien's legacy. There's a much stronger chance that it will redefine it for a new generation of fans.

Only time will tell. 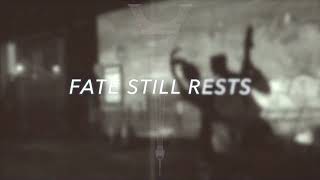 Mysteries at the Museum

A New Series From Apple TV

The Scratch Off Boys